Here you will find your historic cruise

30 years ago, Hohentwiel had its second maiden voyage
For 107 years, the paddle steamer Hohentwiel has been the place on Lake Constance that unites the past, the future and three countries. Its heart, the steam engine, beats in just the right place and offers every guest on board the certainty that values like respect, dignity and honesty will still count tomorrow. This is also because the story of this steamship almost came to an end 30 years ago. Without an unprecedented, almost superhuman effort by enthusiastic men – and their understanding wives and families – the rescue would have been completely unthinkable at the time. Three decades later, we celebrate this resurrection from the ashes, a phoenix known as the steamship Hohentwiel.

These negative superlatives never cease. Launched in 1913 as a magnificent ship for the king of Württemberg, by the mid-1980s, the Hohentwiel was a rusty wreck positioned between the equally rusted Konstanz II car ferry and a gravel barge in the bay of Fussach. After the Bregenz Sailing Club rescued the last paddle steamer from the cutting torch at the last minute after it was decommissioned by Bodensee-Schiffsbetriebe GmbH 31 October 1962 and used it as a clubhouse, its end was apparently sealed in summer 1984. For safety and hygiene reasons, the restaurant operations had to be stopped by the authorities. The former showpiece of the Royal Württemberg steamship fleet was towed from Bregenz to Fussach.

After several failed rescue attempts, what pessimists considered completely impossible and realists considered very unlikely actually happened: The fate of the Hohentwiel changed at the last second. The heads of government of the International Lake Constance Conference (IBK) decided on 18 November 1983 to buy the Hohentwiel at a price of 70,000 Austrian schillings (the equivalent of 8,300 Swiss francs or 10,000 Deutschmarks). As a result of the implementation of the IBK decision, the “Association of the International Lake Constance Maritime Museum” was founded on Gebhardsberg mountain high above Bregenz on 5 October 1984. Klaus Henninger, then the Lindau District Administrator, was elected president.

Project against all odds

With an almost unbelievable energy and unrivalled stamina, Klaus Henninger started his new job. With ship engineer Reinhard E. Kloser, who was soon to become a project manager, Henninger pushed ahead with the restoration of the Hohentwiel despite some bitter resistance. Johannes Leidenfrost, a graduate engineer involved in the project who was an expert in mechanical engineering and shipbuilding at the Office of the Vorarlberg State Government, referred to the undertaking as a “Herculean task”.

People almost forget today that refinancing had to be carried out during the restoration. This caused "some displeasure" in the IBK meetings, recalls former Vorarlberg Governor Dr. Martin Purtscher, successor to Governor Dr. Kessler, during whose tenure the Hohentwiel rescue began. “Fortunately, the anger surrounding refinancing soon gave way to the joy the ship brought. The Hohentwiel is truly a gem.” The second maiden voyage was scheduled for 17 May 1990. "In pious blindness, we plunged into the Hohentwiel venture, and thanks to God's help we have properly covered this long, arduous journey," says association president Klaus Henninger. Project manager Kloser explains: “With the help of 186 different companies and my former shipping company in Hamburg, we rebuilt the Hohentwiel from a scrap heap, for around 2.4 million euros. For that, you'd expect, in the best-case scenario, to get a motorboat with the most modest equipment for 250 passengers.”

In July 1992, the IBN wrote under the heading “A veteran of superlatives”: (…) “It is thanks to the Lindau district administrator Klaus Henninger that the Hohentwiel venture was successful. The association chairman and jack of all trades was always on board with his finger in every pie – as an association member recruiter, as a sponsor courter, renovation speech drummer and loan beggar. The active landlubber had hired an active colleague with experienced sea legs: the ship engineer Reinhard Kloser from Bregenz. He scoured through all sorts of shipping companies and machine factories looking for spare parts for the ship's machinery. And the 'crazy Kloser' got everything Hohentwiel needed.”

The ship is operated by a specially founded operating company, "Hohentwiel-Schifffahrtsgesellschaft m.b.H.", and its home port is in Hard, Austria. Reinhard E. Kloser was tasked with steering the Hohentwiel across Lake Constance until the end of the 2003 season, with his successor being Adolf F. Konstatzky. Both emphasise that the Hohentwiel can only be successfully operated with passion, love, a high degree of flexibility, commitment and great motivation.

The paddle steamer travels around 10,000 kilometres per season and offers 20,500 passengers an unforgettable experience. So it's fitting that HSG was met with some great news in 2018: After decades of searching, the original Hohentwiel ship's bell reappeared, with the Stuttgarter Zeitung newspaper running the headline "The Hohentwiel has its soul again". Another attraction came a year later: Conny Simma became the first female machine operator on board. Like her colleagues, she ensures that Hohentwiel steams and steams and steams ahead. But that's a completely different story...

"The Bregenz Sailing Club under the chairmanship of Mr. Warnecke did not have its own club headquarters and so they bought the Hohentwiel with the request that they be allowed to station in the Bregenz sailing port.

Since the sailing port was almost empty at the time, I agreed as port commissioner. The Hohentwiel was then moored in the north Molo and from then on served as the club's home. The sailing club steadily grew, which meant more and more berths for the boats were needed. So the chairman of the sailing club and I decided to move the Hohentwiel directly by the lakeside walkway. At the time, we had just built the new harbour master's office along with toilet and shower facilities. The sailing club not only used the Hohentwiel as a clubhouse, but was also accessible as a public restaurant.

At the annual general meetings of the sailing club, however, it was repeatedly reported how high the maintenance costs of the ship were. A condition that was no longer sustainable. The chairman at the time, Mr. Pschorr, immediately took up my offer to build the club's headquarters on our new toilet and shower facility. After the completion of the new clubhouse on land, the Hohentwiel was no longer necessary and rusted by the lakeside walkway. Since I needed space for new berths, the sailing club made the offer to have the ship scrapped. I then made the suggestion to try first to sell the Hohentwiel in the newspaper, which is what then happened. The then district administrator of Lindau, Klaus Henninger, heard of the offer and then came to an agreement with the sailing club and acquired the Hohentwiel.  When I see the Hohentwiel today, I am always happy to have contributed at least a small part to its preservation.” 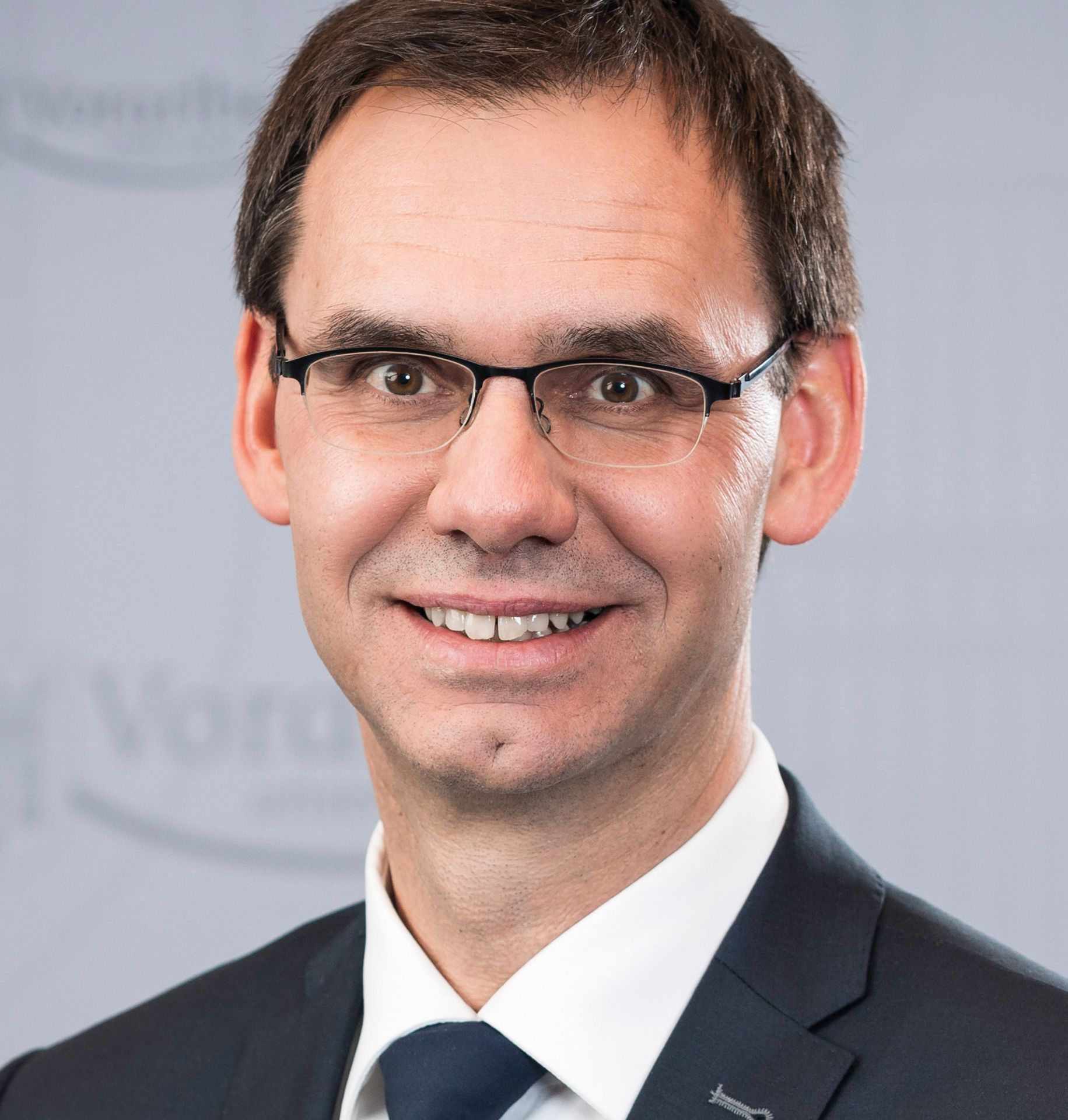 “For more than 20 years, the trip with the historic paddle steamer Hohentwiel has been a cherished tradition and an integral part of the tightly packed program surrounding the opening of Bregenz Festival. Domestic and foreign guests alike appreciate the special atmosphere on board. To celebrate the ship's second birth 30 years ago, I would like to congratulate the entire team of Hohentwiel Schifffahrtsgesellschaft on behalf of the State of Vorarlberg.”

"Hohentwiel is living history in two ways: On the one hand, it is an impressive testimony of impressive technology and evidence of the society blossoming shortly before the outbreak of the First World War. On the other hand, it is proof of what civic engagement can achieve if everyone helps: namely to turn a scrap barge into the most beautiful ship far and wide.”

“With the restoration of the Hohentwiel and its maiden voyage 30 years ago, a very special success story was begun. A desolate paddle steamer was turned into a unique and elegant piece of jewellery in a multi-year renovation that reflects stellar craftsmanship, makes history come alive and builds a bridge from the past to the present and future.”

“It was a long journey – from the ugly duckling covered in rust and holes to the most beautiful ship on Lake Constance. From the beginning of the restoration to the true-to-the-original commissioning and successful operation, I've been able to follow the progress of the Hohentwiel for more than 20 years. A success story in which a technical cultural asset was preserved.”

“Every time I see the Hohentwiel, I'm happy, and it's good for me to be able to listen to the gentle chugging of its steam engine. It is certainly unique that the last paddle steamer on Lake Constance was saved thanks to an international cooperation. It's great that the preservation of the Hohentwiel has been secured due to the financial situation and that other generations can now enjoy it.'

Use our quick form for a non-binding enquiry and you will receive an answer or an initial offer from us back immediately.

Your team from Historische Schifffahrt Bodensee